I LVDT transducers allow precision measurements on mechanical parts or on any object that can be measured with a contact probe.

Some families of LVDT probes can be made with a vacuum-based displacement mechanism.

Typical applications of measurement systems based on LVDT transducers are related to the measurement of mechanical parts, produced in plastic materials, in the glass sector, in the deformation processing sector.

Dimensional and geometric measurements and checks on stamped and cut parts

The LVDT probes, combined with the MODULCHECK systems of RODER production, allow the measurement in rapid times and directly in the production line of the flatness of molded, sliced, laminated or die-cast parts. The flatness measurement is carried out with a sensor matrix capable of detecting differences compared to a certified calibration master. The test result is a mapping of the verified areas with the relative numerical value of deviation from the ideal shape.

A very intuitive graphic presentation allows you to quickly and reliably determine the areas of non-compliance. All the data obtained can be used for statistical calculations (Sigma, Cp, Cpk, Cm, Cmk) or for the realization of control cards (XS, XR, process trend, population distribution).

The LVDT probes, combined with the MODULCHECK systems produced by RODER, allow the shape control of objects of any size and material. The shape check is carried out by comparison with a reference master and all the differences are highlighted quickly and intuitively. It is possible to generate signals of out of tolerance or of partial non-conformity of the product. The system can also be installed in robotic control areas and unattended automatic control benches. In this configuration, all verification operations can be controlled directly by a PLC or an automatic production system.

LVDT probes, combined with MODULCHECK systems produced by RODER, allows the determination of geometric characteristics of parts subjected to rotation on tailstocks. It is thus possible to measure diameters, ovalizations and oscillations but also roundness, cylindricity and data of the radial profile of the object (important in applications such as the measurement of camshafts). The measurement can also be acquired by measuring machines specially developed for this type of control in the metrological laboratory or in the production line (3D measuring machines, profilometers, optical machines).

Common characteristics of the systems proposed by RODER

RODER offers a complete family of LVDT sensors (analog electronic probes) and dedicated measuring instruments for the most demanding applications.

Standard probes, also known as half bridge probes, operate according to the electrical principle of magnetic coupling. LVDT probes can be used in combination with measuring instruments from other manufacturers, to obtain a complete range of measurements and geometric measurements.

These probes are known as LVDT (Linear Variable Differential Transformer) probes. All RODER electronic probes can be used both with manual instruments, internal or external, or in combination with other typical measuring instruments and supports.

RODER is able to supply axial probes with linear displacement of the measuring rod, angular probes with tilting lever or parallel guide probes, specially designed for multi-quota devices and any other equipment for in-process control, thus allowing to save many components of assembly, which, with very few exceptions, essentially perform comparative measurements.

On the basis of a main master, which can be a measuring block, a setting ring or any other piece accepted as such, different dimensions of the piece being tested are compared - All measurements are made with high precision.

What is an LVDT?

LVDT stands for Linear Variable Differential Transformer. It is a type of electromechanical transducer capable of converting the rectilinear motion of an object to which it is mechanically coupled into a corresponding electrical signal. LVDT linear position sensors are capable of measuring movements of a few millionths of a millimeter up to several millimeters.

The internal structure of the LVDT sensor consists of a primary winding centered between a pair of secondary windings, symmetrically spaced from the primary. The coils are wound on a single thermally stable support, encapsulated against humidity, wrapped in a high permeability magnetic shield, and then fixed in a cylindrical stainless steel housing. This coil assembly is usually the stationary element of the position sensor.

The moving element of an LVDT is a separate tubular reinforcement made of magnetically permeable material. This is called the core, which is free to move axially within the hollow hole of the coil and mechanically coupled to the object whose position is being measured. During operation, the primary winding of the LVDT is excited by an alternating current of adequate amplitude and frequency, known as primary excitation.

The electrical output signal of the LVDT is the differential AC voltage between the two secondary windings, which varies with the axial position of the core inside the LVDT coil. Usually this AC output voltage is converted by suitable electronic circuits to high level DC voltage or current which is more convenient to use.

Why use an LVDT?

Since an LVDT operates according to the principles of electromagnetic coupling in a totally analog system it can measure infinitely small variations in the position of the nucleus. This infinite resolution capability is limited only by noise in an LVDT signal conditioner and the resolution of the output display. These same factors give an LVDT its exceptional repeatability.

Repeatability of the zero point

The position of the central zero point of an LVDT is extremely stable and repeatable, even in its wide operating temperature range. This makes an LVDT work well as a reference position sensor in closed loop control systems and high performance servo balancing tools.

The particular construction allows an LVDT to respond very quickly to changes in the position of the core. The dynamic response of an LVDT sensor itself is limited only by the inertial effects of the light core mass.

An LVDT is an absolute output device, as opposed to an incremental output device. This means that in the event of a power failure, the position data sent by the LVDT will not be lost. When the measurement system is restarted, the output value of the LVDT will be the same as before before the power supply was interrupted.

Some examples of LVDT sensors

Il inductive displacement transducer, Also known as LVDT, is an electromagnetic device used for the measurement of small displacements. The LVDT transducer has high precision and repeatability even in difficult working conditions and in the presence of contaminants.

Position and displacement transducers are robust and reliable, they ensure a long operating life. They offer measuring ranges between 0,2 and 10 mm. Economical, miniaturized, pressurized versions are available, with spring feeler, with or without incorporated electronics.

Constructive notes of an LVDT sensor

The transducer is made by means of a tube composed of three windings arranged with parallel axes and with a movable ferromagnetic cylindrical core inside. The central winding is called primary and the other two secondary: the primary one is connected to an AC voltage generator, the output voltage is measured at the ends of the secondary ones.

When the core is in the center, the voltage induced on the secondary windings, since these windings are wound in a discordant direction, is equal but opposite, so that the measured voltage signal is practically zero. As the core moves, however, the mutual inductances change, and depending on whether it moves to the left or to the right, the inductive coupling with the secondary respectively on the left or right will be greater. Consequently, the output signal will vary proportionally to the displacement of the core.

So-called is used to translate the LVDT output signal phase discriminating demodulators. These are electronic devices that allow you to extract the rms value of the voltage representing the displacement, and to interpret from which part of zero the displacement occurs. The best known of all uses a double Graetz bridge which rectifies the alternating signal coming from the secondary windings and makes the algebraic sum. Depending on the sign of the sum, it is possible to understand from which side of the zero the shift occurred.

LVDT is a very sensitive transducer capable of measuring displacements in the order of micrometer fractions. Depending on the power supply frequency of the primary and the mass of the core, there are cut-off frequencies of a few hundred hertz and therefore good dynamic responses to fast movements that vary over time. 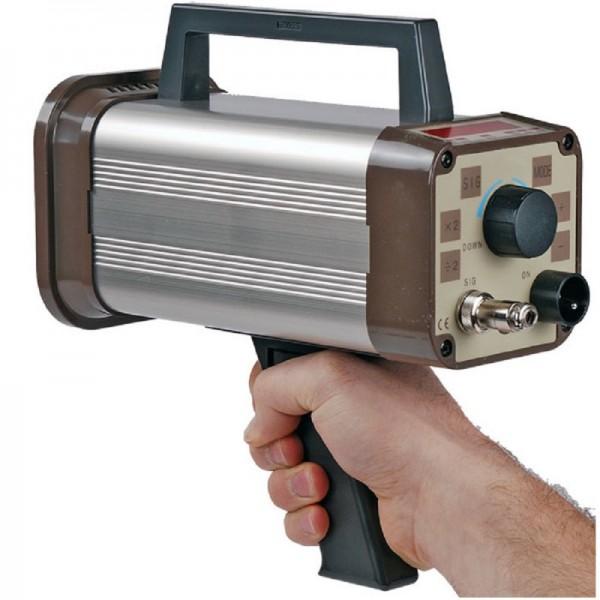 Use of stroboscopes for speed measurement, preventive maintenance and verification of print defects

High Brightness Xeon Handheld Stroboscopes Print quality and speed measurement applications in the printing industry, directly on the production line, without downtime or process slowdown. Applications of observation of repetitive movements for the determination of ...
Read More 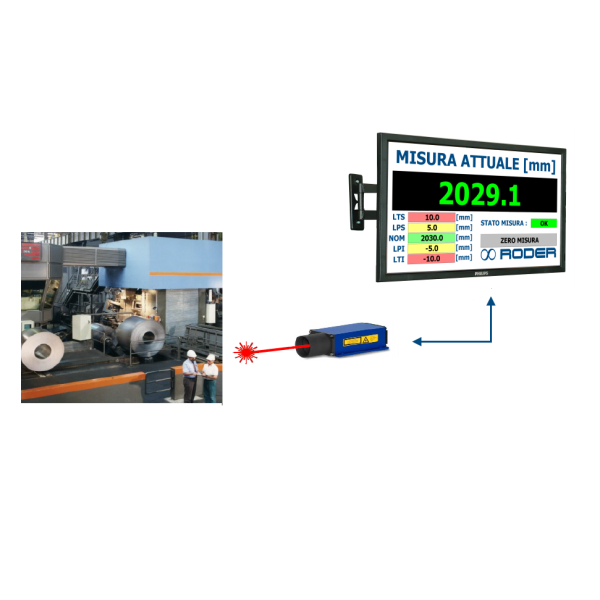 Monitoring of distances, positions, lengths and depths with LASER distance meters and visualization on giant displays for the metallurgical and steel industry

Applications of distance, position, length and depth measurement with industrial laser distance meters for the steel and metallurgical sector Generation of out-of-tolerance alarms with visual signaling (light tower) or with electrical contact for sirens and alarms ...
Read More 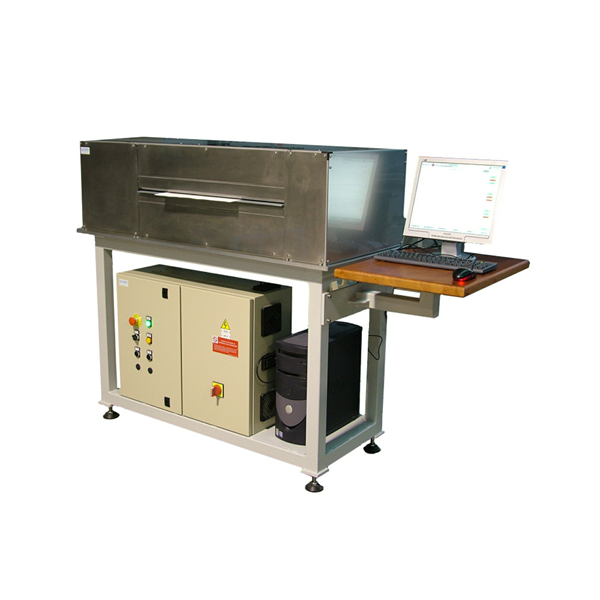 LASER scanner for checking the profile of paper, cardboard and embossed products

Profile detection of printed or punched paper details with extraction of geometric or dimensional information Measurement of angles, distances, openings, positions to verify the correct execution of the workings or as preparation for welding and assembly operations Comparison ...
Read More 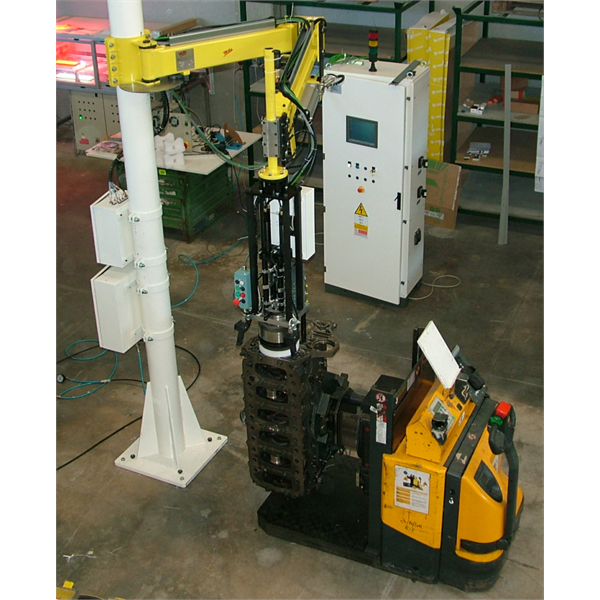 Profile detection of steel details with extraction of geometric or dimensional information Measurement of angles, distances, openings, positions to verify the correct execution of the workings or as preparation for welding and assembly operations Comparison with the model ...
Read More 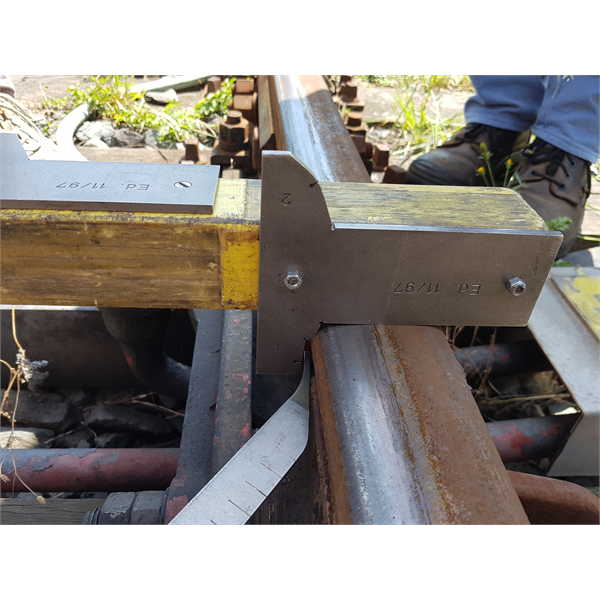 Measurement systems and optical profilometers for the measurement of railway profiles

Profile detection Extraction of geometric or dimensional information Measurement of angles, distances, openings, positions to verify the correct execution of the workings or as preparation for maintenance and assembly operations Comparison with the mathematical model for the determination of ...
Read More 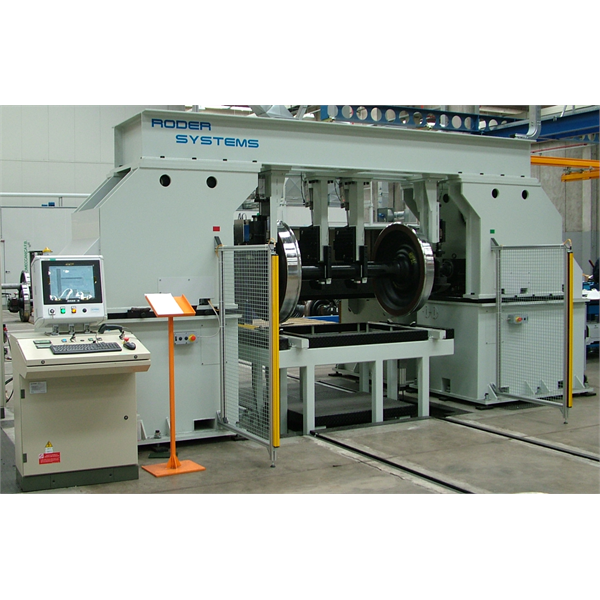 Systems for dimensional and geometric control of railway halls

Profile survey of railway halls with extraction of geometric or dimensional information Measurement of angles, distances, openings, positions to verify the correct execution of the workings or as preparation for welding and assembly operations Comparison with the mathematical model ...
Read More 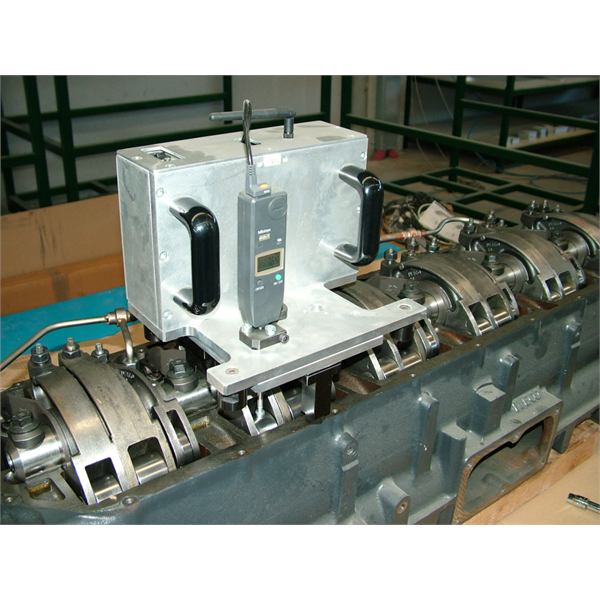 Systems for the control of timing on camshafts

Camshaft profile detection with extraction of geometric or dimensional information Measurement of angles, distances, openings, positions to verify the correct execution of the machining or as preparation for welding and assembly operations Comparison with the mathematical model ...
Read More 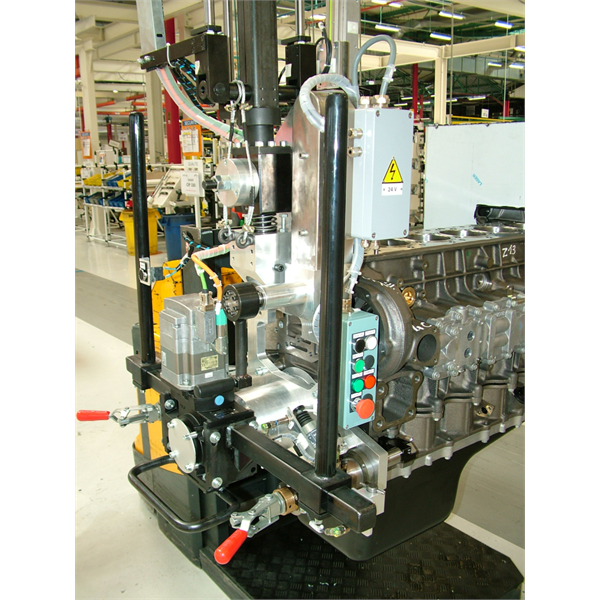 Phasing detection with extraction of geometric or dimensional information Measurement of angles, distances, openings, positions to verify the correct execution of the workings or as preparation for welding and assembly operations Comparison with the mathematical model for the determination ...
Read More 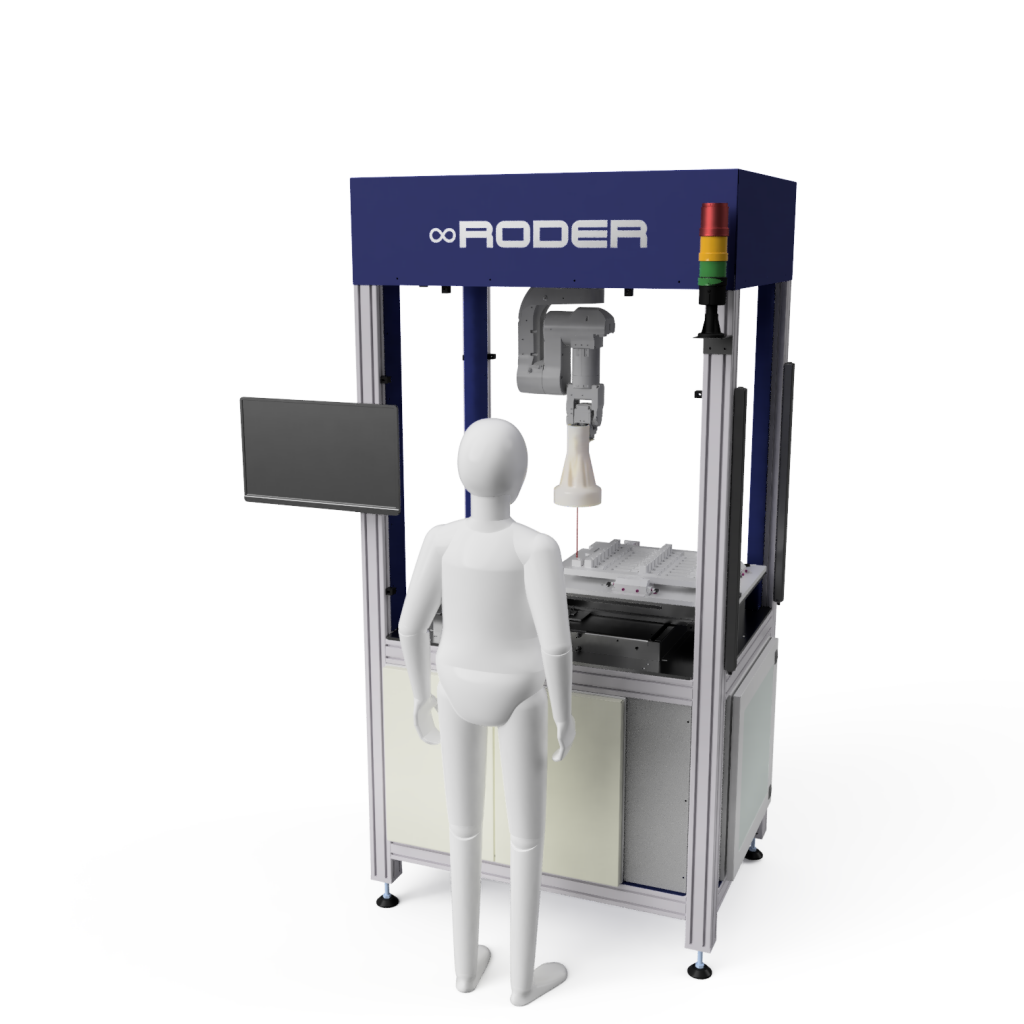 Robotic system for the automatic inspection of mechanical parts in the production line Used for the assembly of mechanical parts and for non-destructive quality control. Wide range of measurements and technologies that can be used (cameras, laser scanners, eddy current, cells ...
Read More

Log in to consult the documentation and view product prices

Any cookies that may be necessary for the website to function and is used to collect personal data via analytics, ads, other embedded contents are termed as non-necessary cookies. It is mandatory to procure user consent prior to running these cookies on your website.